You are here: Home / Archives for Pontiac Performance 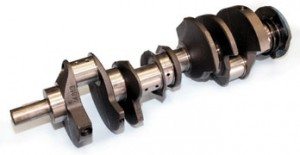 A crankshaft transfers the energy created during combustion into a rotating force that’s channeled through a transmission and rear axle, and finally to the tires for vehicle motivation. As each cylinder fires, the crankshaft must be rigid enough to endure the shock loads associated with combustion, but flexible enough to not fatigue and fail at […] 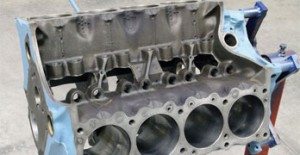 The stock Pontiac V-8 block is constructed of cast iron. When introduced in 1955, it displaced only 287 ci. Its robust design allowed immediate adaptability to future displacement increases. Though external dimensions remained very close to the original 287 design, the V-8 eventually displaced as much as 455 ci by increasing bore diameter and stroke […]

The Oakland Motor Car Company was founded in Pontiac, Michigan, in the early 1900s, and within a few years, it became a division of the newly formed General Motors Corporation (GM). Falling between Chevrolet and Oldsmobile on the corporate ladder, Oakland introduced Pontiac in 1926 as a companion model line. The Pontiac line proved to […]